Home > Parenting in the Sweet Spot by Age Range > Pregnancy > See How We Grow: From Conception to Birth 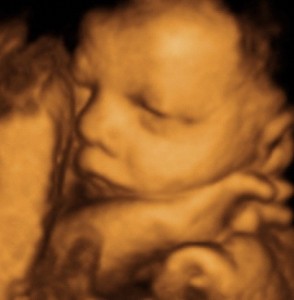 For most of human history, the child in the womb led a mysterious life, growing unseen and untouched until birth. Amazing advances in technology have now made it possible to see how that tiny unborn person grows, from the moment of conception through birth nine months later.

It’s in every baby book these days: the series of photos taken by ultrasound at the obstetrician’s office. But even as the nine months of pregnancy have begun to yield their secrets in ways that would astonish your great-grandmother, what we are seeing in the womb has captured the imagination and inspired researchers to unravel the mysteries of fetal development. One such researcher is Alexander Tsiaras. 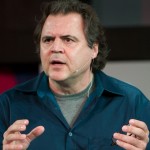 Alexander Tsiaras: From conception to birth

Alexander Tsiaras is a medical visualizer, combining science, art, medicine, and technology to produce breathtaking imagery of the human body. One of the projects he has worked on is developing techniques with NASA that would make it possible to perform surgeries on future astronauts in deep space (now there’s some pretty cool science!). Among the most impressive subjects of his visualization process is the developing fetus.

“My goal is to visualize life in all its glory.” — Alexander Tsiaras

This video of his TED talk called “Conception to birth — visualized” shows stunning computer-generated footage of key moments in the pregnancy timeline, and has gotten well over a million views on YouTube. It’s less than ten minutes long, so take a break and treat yourself! (Spoiler alert: there are images of late pregnancy and birth towards the end of this video that you may not want young children to view, so mother discretion is advised.)

It really is astounding to me that the intricacies and complexities required for a fetus to reach the moment of birth happen flawlessly in almost every pregnancy. And I find it remarkable that the perceptive psalmist so many centuries ago, before there were any fetal photos, shared his sense of the amazing origin of human life:

“You made all the delicate, inner parts of my body and knit me together in my mother’s womb.” — David (Psalm 139:13, New Living Translation)

In future posts on Pregnancy in the Sweet Spot, I’ll be talking about what’s happening in the fetal brain, what kinds of interactions with your baby during pregnancy have been shown to benefit your little one, how and why it’s so important to take care of pregnant moms, lots more & etc., because there is so much growing going on before you ever get to hold that sweet baby in your arms!

What’s on your mind?